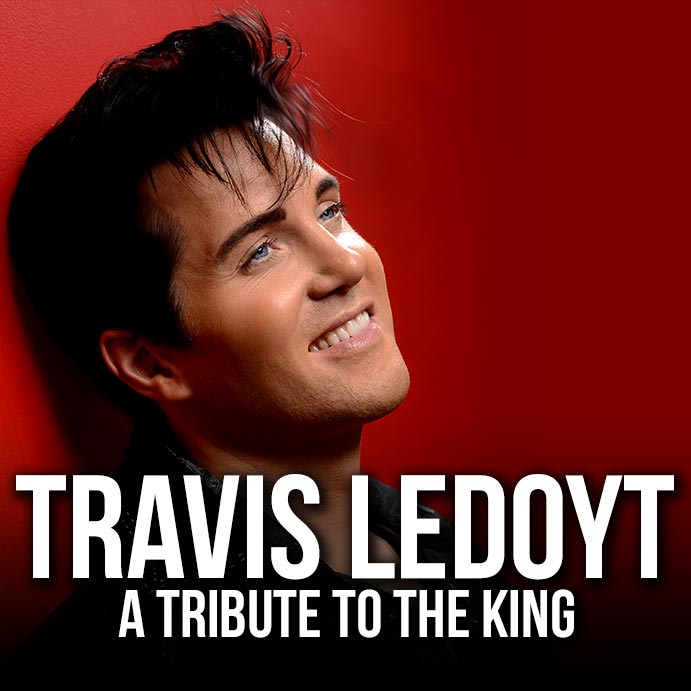 Travis LeDoyt: A Tribute to the King

Travis LeDoyt is known as “the world’s best” at portraying young Elvis Presley in his prime in the 50s and 60s.  His uncanny resemblance to the “King of Rock and Roll” has audiences gasping when he takes the stage.  Once he begins to sing and dance, fans are truly captivated by the authenticity of LeDoyt’s performance, even garnering high praise from those who knew Elvis personally.  Sold out shows and repeat engagements around the world further attest to LeDoyt’s impeccable ability to capture the very essence of “The King” and leave fans waiting more. LeDoyt, who grew up in Greenfield, Massachusetts, was known as the “class clown” throughout school.  Everyone expected him to do something that would put him in the public eye, but no one, including Travis expected it to be as a singer, let alone a tribute to Elvis Presley. It all started with a dare to compete in a high school talent show, combined with Travis’s discovery of a video of Elvis performing in the 50s.  He was intrigued with the look, moves and voice of the King. Travis soon found himself mimicking Presley in the mirror at home.  It was also amazing that when he combed his hair back he looked like Presley.  He decided he would try to bring Elvis to life at the talent show and it was such a hit that he immediately began getting offers to perform.   Since that time he has performed around the world in some of the most prestigious venues and in front of thousands upon thousands of fans with his “Tribute to the King.”