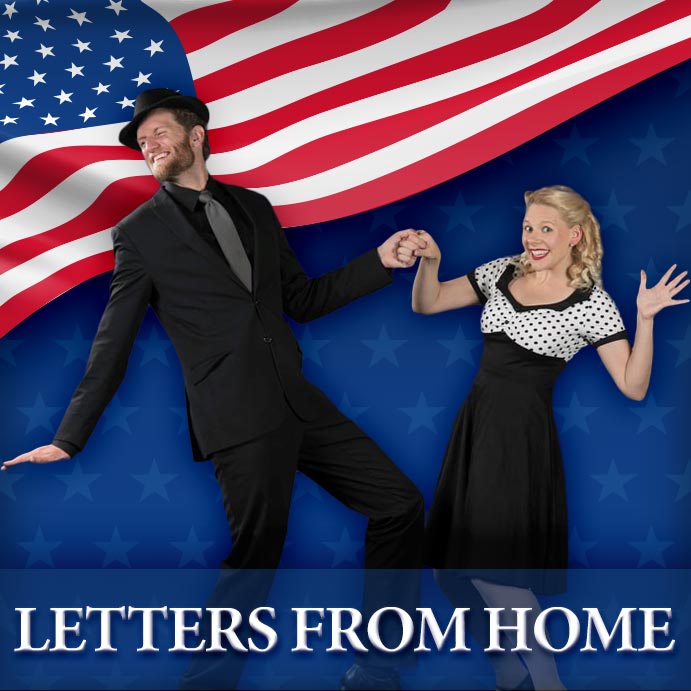 Letters From Home was started by Erinn Dearth at the suggestion of her late father, Pat Dearth, a veteran of the United States Coast Guard. Since that time, the group has performed over 900 shows in venues big and small across the United States, touching the hearts and caressing the memories of hundreds of thousands nationwide with their mission to honor our veterans, active military heroes and their families. Letters From Home brings back the style of the USO with incredible high-energy performances featuring creator and founder Erinn Dearth, and self-proclaimed “tall guy” Dan Beckmann! Singing, tap dancing, terrible jokes and audience interaction make up a performance geared towards uniting the nation through music.

Pickin’ On the Square