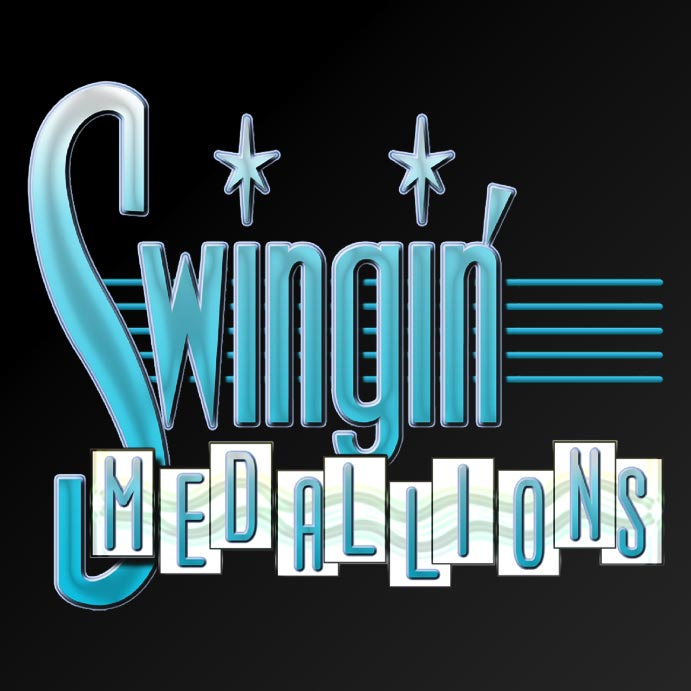 The Swingin’ Medallions have been making music since the early 1960’s, with roots being panted from listening to the early rhythm and blues acts of the south. The music most often associated with the band is beach, frat rock, R&B, or shaggin’. After a few years of touring colleges from the Carolinas to the Louisiana Bayou, John McElrath took the group to Arthur Smith’s Studio in Charlotte North Carolina, to record “Double Shot (of My Baby’s Love)”. The song became a million seller in 1966, and has been a party classic for college students for decades. “She Drives Me Out Of My Mind” and “Hey, Hey, Baby” were top 40 hits in 1966 and 1967, but “Double Shot” remains the signature song of the Swingin’ Medallions.

The members of the Swingin’ Medallions have changed over the past thirty years, but the style  of the band has always included around eight members with at least a four piece horn section. The high energy party style stage performance of the first Medallions has been passed down to the band that performs today.The present Medallions stage show has coined them the name “The Party Band of the South.”

On This Night of 1000 Stars: A Dessert Theatre Cabaret

On This Night of 1000 Stars: A Dessert Theatre Cabaret

A Tribute to Summer