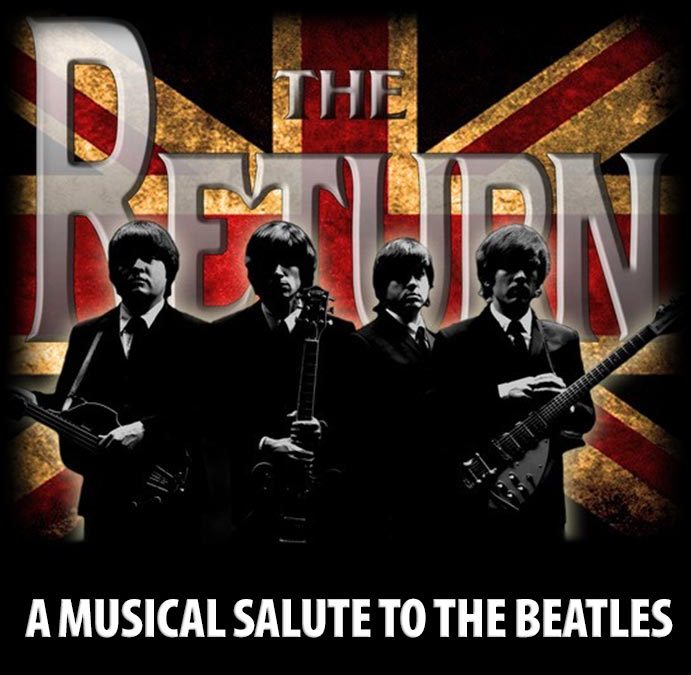 The Return, one of the greatest Beatles Tribute Bands, has continued to excite crowds all over the country for over a decade.  What makes their show so enthralling is the way in which they have so meticulously recreated the complete Beatle image on stage. The boys feature authentic vintage instruments, haircuts, and custom made clothes and boots. Their unmistakable Liverpool accents and “Beatlesque” antics truly bring out the charming, charismatic personas of the original four lads adored by millions.

In being true to the original Fab Four, THE RETURN derives their song list from a specific part of the Beatles catalog, primarily performing material that the Beatles played in live concert settings. This long and wonderful list of songs spans material from the early cover songs they played at Liverpool’s Cavern Club, to Lennon-McCartney numbers performed on the last Beatles tour of America in 1966.

The Return has crafted a truly authentic, entertaining, and very exciting show. And in doing so, the band not only delivers a near perfect reproduction of a live Beatles concert–they capture the very essence of the Beatles themselves.